With Torrens title land, you’d reckon that title is everything. It’s a given (surely?) that you should be able to rely on a title search to see who owns the land, who has a mortgage over it and whether it is leased or subject to any easements.

Not so fast! The Torrens system is subject to what is known as ‘overriding statutes’ which create public rights that trump private rights in land. This exception to the conclusive nature of the Torrens Register appears in every Australian jurisdiction.

There is nothing particularly controversial about this, many statutes override the Torrens Register. However, it does create uncertainty and can have significant impacts on the parties involved.

Now you might be asking, what has this got to do with New South Wales? The answer is that we have similar legislation in this area and the Court drew on New South Wales case law in reaching its conclusion. So the Court’s decision is of direct relevance to us.

The history of Beatrice Lane

Indulge me on some background facts. They’re important!

In 1876 the trustees lodged a plan to divide part of the land into new lots. The plan showed some remaining land, the L-shaped piece which became Beatrice Lane (see excerpt from Google Maps). It was described as ‘Lot 11 (Balance)’ and the words ‘Right of Way’ were written on its area.

This was what was known as an ‘undescribed balance’ on a plan of subdivision, meaning it was not described as a distinct lot, but simply noted as the remainder of the original land that had been subdivided.

In this way, the land remained in the ownership of the school trustees, even though there was no separate description of it in the Torrens Register, nor any certificate of title. 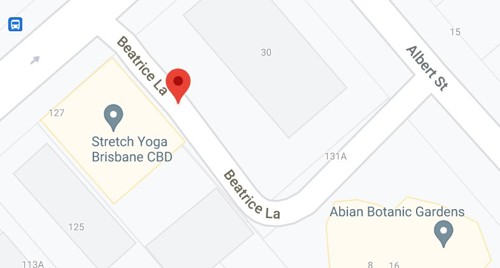 Beatrice Lane, the “undescribed balance” of a subdivision created in 1876 and the subject of an important Supreme Court case in 2020.

In 1994 the Automated Titles System was established. Under its auspices, the ‘undescribed balance’ of land was given its own description (Lot 11 on RP1073). On 4 March 1994, a certificate of title for the land was issued to the trustees, free of any encumbrance.

In March 2014, Lot 11 was transferred to another company, which then transferred it to WCL in September that year.

Lot 11 is recorded in the Roads Register maintained by the Brisbane City Council, where it is described as Beatrice Lane and a road controlled by the Council.

The decision of the Court

Until 1962, Beatrice Lane was vested in the trustees of the Grammar School. However, on the facts assumed in the case, there were co-existing public rights to use the land (through a dedication of the land as public road at common law), which were independent of the trustees’ ownership.

In 1962, the Land Act was enacted in Queensland. Section 369 of the Act provided that all land which had previously been dedicated by the owner for public use as a road was now vested in the Crown.

The Queensland Supreme Court held that Beatrice Lane clearly fell within the definition of ‘road’ under the Land Act. It also held that, if this land was dedicated as a public road, there were public rights to use the land. The trustees, as owners of the fee simple, were subject to
these rights, even though they held a Torrens title.

Section 369 thereby overrode the provisions of the Torrens statute.

In support of this ruling, the Court cited the decision of Sir Laurence Street in Pratten v Warringah Shire Council [3], who said it had long been accepted that proprietary rights could exist over freehold land regardless of registration under a Torrens statute.

The Supreme Court held that Pratten (amongst other cases) provided strong guidance for the interpretation of the legislation in this case and that section 369 of the Land Act 1962 unambiguously vested this land in the Crown (if it had been dedicated as a public road).

The Act did not require that anything be recorded on the Torrens Register for the vesting to hold. In the words of Street J, not only were the registered owners of this land thereafter incapable of calling back their fee simple, but no act of the Registrar could encroach upon the Crown’s fee simple [4].

This decision of the Court therefore prevented WCL from incorporating Beatrice Lane into its development site.

The position in New South Wales is no different – owners of Torrens land cannot rely on the Torrens Register as determinative or conclusive of all interests in the land. Torrens title is statutory title, given under the Real Property Act 1900. That makes it subject to later legislation.

New South Wales has 33 provisions in 23 Acts that take precedence over the provisions of the Real Property Act 1900. The Local Government Act 1993, for example, grants councils specific rights regarding water supply, sewerage and stormwater drainage that they have installed on the land of other people.

The moral of this story is that if there is doubt about the title, it should be investigated to determine the land’s true owner. I was recently able to do this for a private client, by successfully arguing to the roads authority that the land was no longer a public road, but was actually part of my client’s title. The roads authority accepted this (somewhat begrudgingly) and my client’s development could proceed. In Sydney, where land prices continue to soar, this was a significant win.

[2] If this occurred in New South Wales, that would have been sufficient to dedicate the land as public road under section 9 of the Roads Act 1993.