For over 30 years Norman has worked in corporate, commercial and finance law, often managing highly complex cases. He is a specialist in the banking and finance sector, particularly in securities and duties law. Norman advises national and international clients along with government bodies such as local councils, major banks and publicly listed companies.

Clients appreciate Norman’s problem solving ability and his never-say-die attitude when it comes to helping them get the best results. They also appreciate his commercial focus, which stems in part from working for seven years as an in-house counsel at the State Bank of NSW, as well as in the indirect tax division of Coopers & Lybrand (now PwC).

Norman is often called upon to judge various awards by Lawyers Weekly, including the Corporate Counsel of the Year, Partner of the Year and Women in Law awards, which is recognition of both his legal expertise and his reputation within the legal profession.

“Norman's work is exceptional. Clients that I have referred to Norman have all had strong outcomes (better than expected) in their favour. His advice, commercial acumen, expertise and domain knowledge are without peer (in my opinion). Any client contemplating negotiation or re-negotiation of a commercial matter should engage Norman’s services sooner, rather than later. I have found Norman to always seek and represent the best interests of his clients. I and the clients I have referred to Norman have always received value for the fees paid" – David Louie, past client.

A word from Norman

“One of my proudest achievements occurred early on in my career, helping a client in a default matter. The corporate customer was in default and two of three directors rolled on the guarantee but they were broke. The one director that had money lodged a defence.

As a very young and inexperienced lawyer I thought I could strike out the defence and get summary judgment against the director that lodged a defence. The client, being more experienced than I was at the time, politely hinted that this wouldn’t be easy. To help them minimise cost I suggested I run the matter and the client eventually relented.

After a two week tussle with the opposing barrister and the judge, I managed to get an order striking out the defence and getting summary judgment. I remember leaving court after the judgment had been handed down and floating back to the office to tell my supervising partner and client of the result, to their shock and delight.” 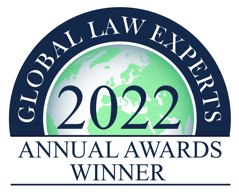 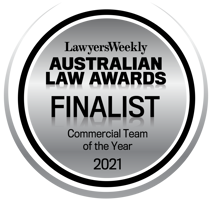