Sharon is a Partner in our Dispute Resolution & Advisory team. Acting for clients in varied industries and markets has enabled Sharon to develop tailored strategies in conjunction with her clients which are pragmatic, effective and commercial.

With extensive experience and knowledge in general commercial disputes, Sharon also has a particular expertise in building and construction and strata disputes. Through working in boutique and mid-tier firms for over 15 years, she has experience acting for a diverse range of clients including builders, developers, sub-contractors, owners corporations, high net worth individuals and Councils.

Sharon regularly appears in the District and Supreme Court, as well as the NSW Civil and Administrative Tribunal (NCAT) and prides herself on providing clients with exceptional results.

In addition, Sharon is the chair of a not-for-profit organisation, a role which gives her valuable training, insight and experience into the duties and obligations which govern many of her clients.

“I have worked with Sharon for many years. She is diligent, centred on client’s interests and alert for a sensible resolution. As counsel, I have found she always fully prepares and she provides invaluable direction and control over her matters.” - Frank Kalyk

"Sharon has shown me the perfect mix of professionalism, measure and grace and didn’t forget the human element required when involved with such a highly emotionally charged client who was going through one of her toughest challenges. I could not have wished for more in a lawyer." - Private Client

A word from Sharon

“Being a commercial disputes lawyer necessarily means assisting clients during what can be a particularly stressful time, when both tensions and emotions are running high. It is important for clients to have someone they can trust and who they can depend on to approach the dispute objectively and commercially; who can provide a clear, organised and pragmatic strategy for the way forward. It is satisfying to know I am that person for my clients, and I enjoy developing a relationship with them while we work through their problem to achieve the best possible outcome.” 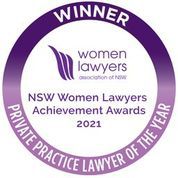 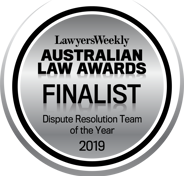