Eric has practised corporate and commercial law since 2007. He primarily advises businesses on their merger and acquisition transactions, corporate restructures and capital raising activities. He is very familiar with the Australian crowd-sourced funding regime.

Eric is particularly skilled at guiding clients through complex deals and helping clients achieve their objectives. He brings to the table both legal technical expertise and a level of commercial realism.

A word from Eric 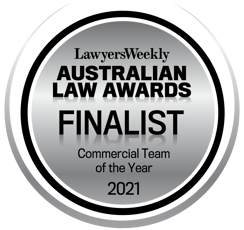